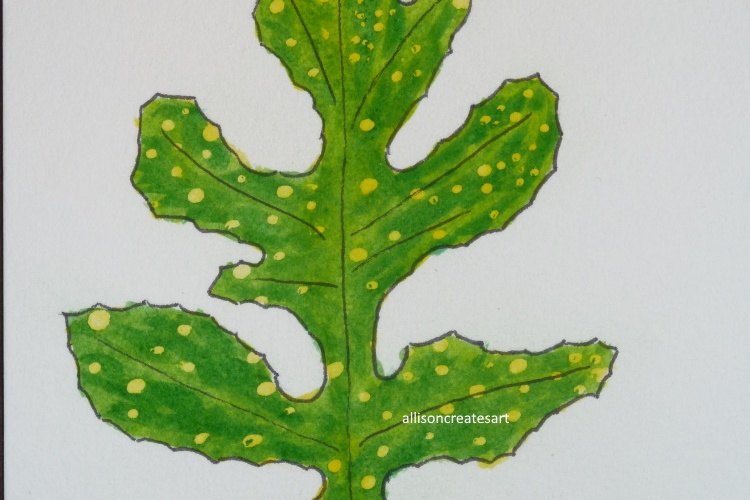 This year, I grew a watermelon I’ve wanted to grow since I was 12: the Pink-Fleshed Moon and Stars Watermelon. I read about it in a heritage seed-saving catalogue, and the description of a watermelon with markings like a starry sky took my imagination and gave me ideas of a faerie garden. Moon and Stars Watermelon is an heirloom variety of watermelon that was once thought to be extinct, but careful preservation has brought it back. It produces a lot of seeds, and grew easily in hills with zero assistance. I had a bit of trouble with the weeds this year, but the watermelon didn’t. It out-competed them and produced plenty of fruits. 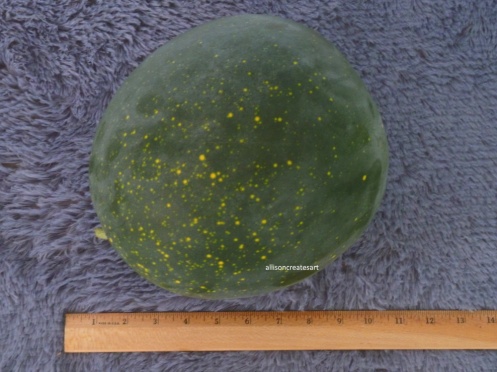 The watermelons were just as delicious as I imagined they would be. Very sweet and tasty, with plenty of watermelon flavor! It’s so much better than a grocery store melon. One of the watermelons was one yard (91 cm) in circumference! 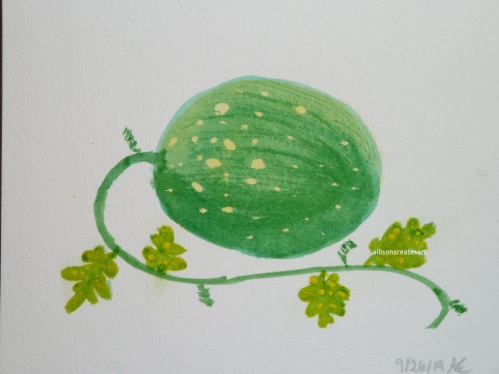 I painted the watermelon and the leaf in watercolor. The entire plant has these little yellow specks on it, like a whole galaxy of stars. Even the leaves are speckled when healthy, and the seeds are mottled with dark and mid-tone brown flecks. The watermelon also has a single larger yellow spot on it where it sat on the ground, making a “moon” on the dark green sky among all the tinier speckles of “stars.” 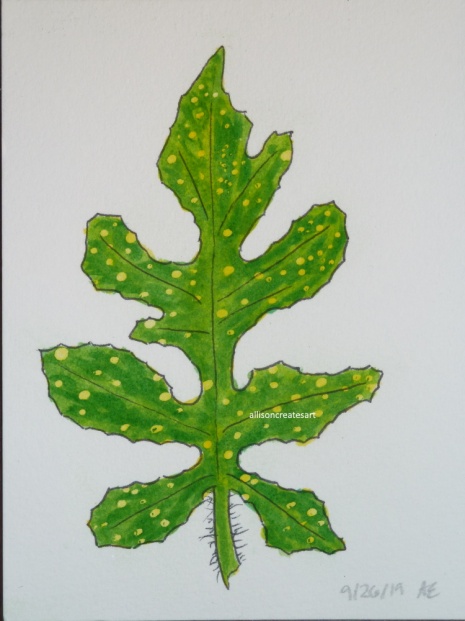 The season for watermelon has already passed, but this variety deserves attention. I’ve saved the (numerous, huge) seeds from these watermelons to grow next year.